Day 13 Is Certainly Lucky For Some In South Australia…

Day 13 on the road and Bernie was pushing his luck to the limits. Thankfully, Bernie’s knowledge of road safety and cycling safety saved him from a near miss along the Eyre Highway. If you have been following Bernie’s journey on our Facebook page you would have seen the video of Bernie where he recounts the situation that unfolded around him.

“First major safety issue of the ride,” he said. “What are the chances of two road trains, a cyclist, and a 4WD towing a caravan being in the same place at the same time in the middle of the Nullarbor?”

Luckily, what could have been a serious disaster was narrowly avoided.

“The old fella in the caravan was turning left into a parking bay with a truck right on his tail. The driver decided to swing out to the right as he was turning left, as some of them do. I had a big semi with a trailer coming right up behind me but he had nowhere to go. The second truck driver probably thought either take out one cyclist, or take out a caravan, a 4WD and a truck head on. Instead, the truckie pulled down on his air horn, to alert everyone to the situation. Unfortunately, South Australian roads don’t have shoulders to allow for highway ‘wiggle room’. I shot right off the road with only about 10 seconds to spare – it really could have been a nasty disaster. But I survived it, I’m back on the road, and hopefully it’s not a suspicious omen as it is day 13. It wasn’t the truckie’s fault – he had nowhere to go; there was no way he could stop.”

All luck aside, we are glad Bernie is so well versed in road safety and remaining alert and vigilant to the relentless road train traffic, which saved him from potential disaster.

Congratulations on your quick thinking Bernie. We are so glad you remain safe.

It is unfortunate that South Australian roads do not have a shoulder. However, the Government of South Australia’s Department of Planning, Transport and Infrastructure has proposed road improvements be made along the Lincoln, Eyre, Flinders and Tod Highways, (as well as other important freight and traffic routes across the region). “These initiatives will improve the safety, capacity and performance of the road network at a time when increases in freight movements and tourist traffic are putting pressure on existing routes” (Department of Planning, Transport and Infrastructure).

South Australian roads may not be bike friendly, but that means road safety and cycling safety is all the more important along the Nullarbor. Here are a few simply safe riding tips for cyclists to follow:

Today, Bernie has officially left the Nullarbor and is en route to Nundroo and then Ceduna where he (and his trusty Wilson) have well and truly earned a day out of the saddle.

Bernie will be tracked and have his daily safety monitored by Neighbourhood Watch Australasia. Neighbourhoods far and wide are following Bernie’s progress via his GPS Tracking Spot. You can see his progress here.

Ride To Connect The Nullarbor Plain

Welcome to the Nullarbor Plain Bernie! You’ve finally made it to Australia’s largest karst region, made almost entirely of limestone, and very few flourishing fauna...

‘Speak Up’ and know how to ask for help

Tuesday 28 March 2017, is a very special day for Mr Bernie Durkin and the Neighbourhood Watch network. The Australian Prime Minister, Malcolm Turnbull and... 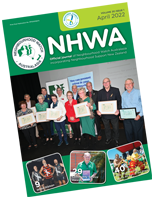